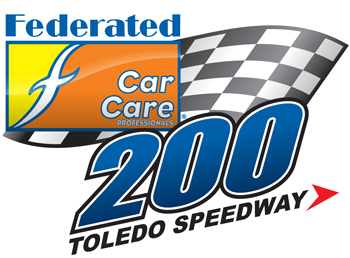 “We want to thank ARCA for providing Federated Car Care with the title sponsorship opportunity for the final ARCA race of the season,” said J.R. Bishop, director of racing and event marketing for Federated Auto Parts. “Federated has been the presenting sponsor at four ARCA races earlier this year so the title sponsorship of the Toledo race is a great way for Federated to close out the 2011 ARCA season. We have some great hospitality activities planned around the race and hopefully Tom Hessert and the Federated Auto Parts ARCA car will take the checkered flag for a great ending to a great season.”

Federated has been the sponsor of the Ken Schrader Racing ARCA team in 2011 and the Federated Auto Parts ARCA car, driven by Hessert, is currently seventh in the ARCA season point standings.  Schrader Racing and Hessert will be going pink for the Federated Car Care 200 as the Federated car will showcase a special paint scheme for the Toledo race in recognition of Breast Cancer Awareness month in October.

In conjunction with the Federated Auto Parts special paint scheme, R & R Enterprises has produced an exclusive line of “pink” merchandise to support the team’s campaign.  Included in the merchandise offerings are t-shirts, license plates, decals, dog tags and a ladies hat. Merchandise may be ordered online at www.r-ronline.com, www.r-rracewear.com, by phone at 877-730-6953, and on www.schraderracing.com.