Federal-Mogul is launching a major campaign to help drive sales of industry leading Wagner ThermoQuiet brake pads and shoes through the balance of the summer and into the fall vehicle maintenance season. The campaign features an aggressive trade promotion, consumer rebate offer and North American television advertising. 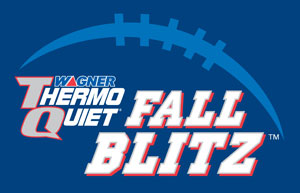 The Wagner ThermoQuiet “TQ Fall Blitz” will begin July 1 with a comprehensive rewards program designed for automotive parts counter people and professional technicians. The “Blitz” will continue with a Web-activated consumer rebate offer running July 27 through September 30, 2011, and reach its peak with a coast-to-coast television advertising and sponsorship campaign this fall.

The benefits of award-winning Wagner ThermoQuiet brakes will be communicated to millions of consumers through a new television ad titled “Brakes Without Compromise” and a “Defensive Stop” promotional sponsorship airing on ESPN’s popular “SportsCenter” program and Saturday afternoon college football telecasts on ESPN2. The campaign will also include aggressive online advertising, point-of-sale promotion and other activities designed to help Wagner ThermoQuiet providers maximize sales during the late summer and fall.

The Fall Blitz will also feature a game-piece promotion for parts counter professionals and technicians who sell ThermoQuiet pads and shoes between July 1 and August 31. Rewards for qualifying participants include tailgating gear, apparel and a grand-prize trip package to the 2012 college football “national championship” game.