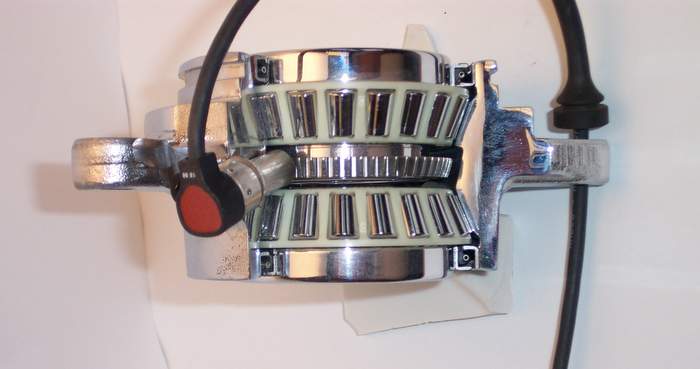 If one of the WSS PIDs reads zero mph, and the other three are reading vehicle speed, the fault is a bad sensor or a fault in the sensor wiring circuit. Keep reading for information on how to check the sensor itself.

The WSS on most vehicles are magnetic and generate an alternating current (AC) signal that increases in frequency and amplitude with wheel speed. These are sometimes called “variable reluctance” (VR) or “passive” WSS because they generate their own voltage signal when the vehicle is in motion. They have two wires: signal and ground.

Inside a passive WSS is a permanent magnet core surrounded by copper wire windings. When the teeth on the tone ring rotate past the sensor tip, the magnetic field changes and induces a current in the sensor windings. The result is a classic sine wave current pattern that changes with wheel speed.

The strength of the signal can be affected by resistance inside the sensor, resistance in the external wiring and connectors, metallic debris from worn brake rotors, drums or semi-metallic brake linings sticking to the end of the sensor, and the air gap between the sensor and tone ring, which is mounted on the axle, CV joint, brake rotor, brake drum or inside the hub.

With magnetic WSS, you can check the integrity of the sensor by connecting an ohmmeter across its terminals. The resistance specs will vary depending on the application, but most sensors should read 450 to 2200 ohms. Always look up the exact specifications because they can vary a great deal from one vehicle application to another. If a sensor reads open, shorted or is out of specifications, it can’t generate an accurate signal and must be replaced.

If a sensor’s output is low, and the sensor is removable, pull it out and clean the tip. Also, check the air gap when the sensor is installed (refer to the vehicle manufacturer’s specifications and adjustment procedure).

The amplitude of the signal is affected by the air gap between each tooth and the sensor, so if a tooth is chipped, it won’t generate as strong of a pulse as the other teeth. The fix would be to replace the damaged tone ring or the hub if the sensor and tone ring are integral parts of the hub assembly.

Active WSSs generate a square wave on-off digital signal that changes frequency with wheel speed. This type of sensor detects the change in magnetic polarity (flux) as the teeth on the tone ring or small magnets pass under it. Small magnets may be built into the wheel bearings or bearing seal for the WSS sensor to read.

Active sensors often have three wires: a voltage reference input (5 to 12 volts), a signal output and ground. But some active sensors have only two wires (reference voltage and signal return).

How can you tell a 2-wire active sensor from a 2-wire passive sensor? Turn the ignition on and backprobe both wires with a voltmeter. If you see a voltage reading (5v to 12v), you have an active WSS. If you see no voltage (0v), you have a passive WSS.

Active WSS also have an integrated circuit within the sensor itself that converts and amplifies the signal before it goes back to the control module. This allows the sensor to read wheel speeds all the way down to zero mph, which improves ABS control at low speeds as the vehicle comes to a halt.

This type of sensor must be connected to its wiring harness to test it, and the ignition key must be on so the control module can provide reference voltage to the sensor.

If you forget and leave the key off, you won’t get any output from an active WSS.

You have to look at a sensor’s output signal when the wheel is turning and the ignition is on. This can be done with a scan tool (look for a mph reading while spinning the tire or during a test drive), with a voltmeter (turn the wheel very slowly and look for a change in the voltage output from high to low), with a NOID light (the LEDs on the NOID light will flash when it detects a signal pulse) or a DSO. The waveform on the scope should show a square wave pattern that changes from low (0.9v) to high (1.65v) as the wheel turns. The difference in height of the waveform should be 0.75v (1.65v minus 0.9v).

Two technologies are being used that are allowing engineers to put better bearings in smaller packages. 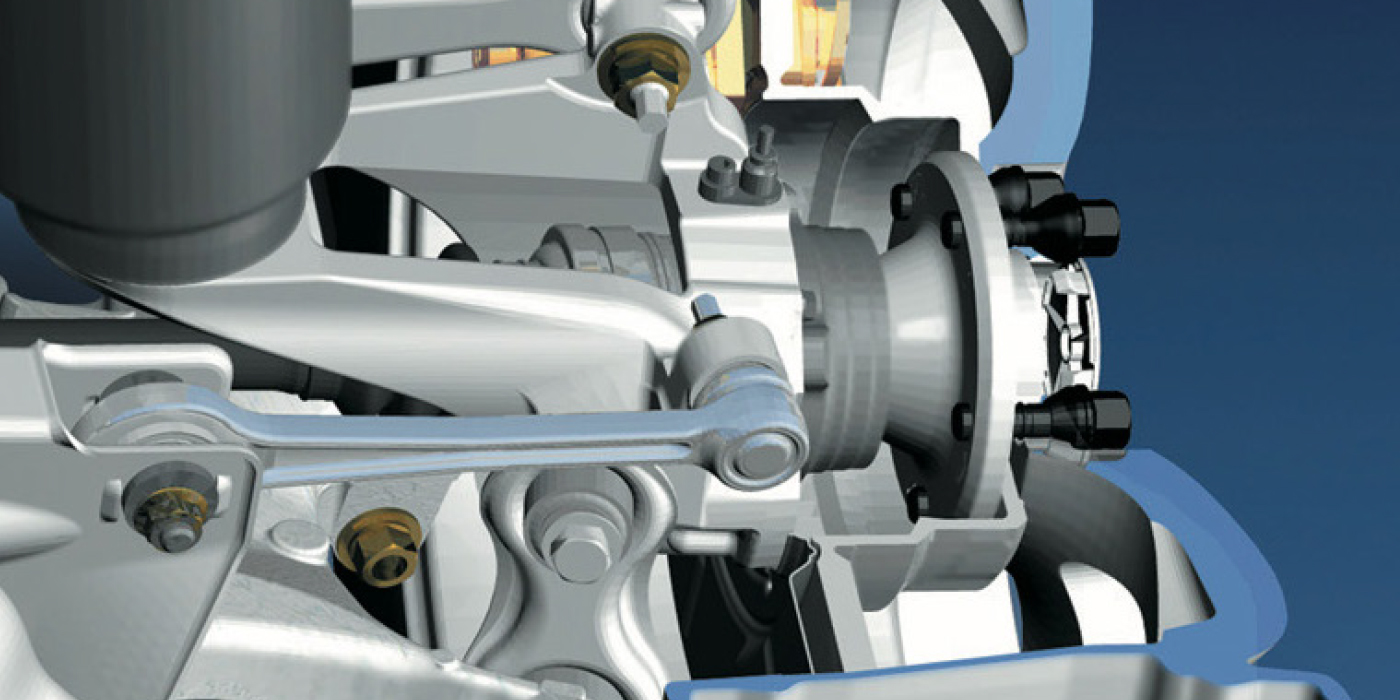