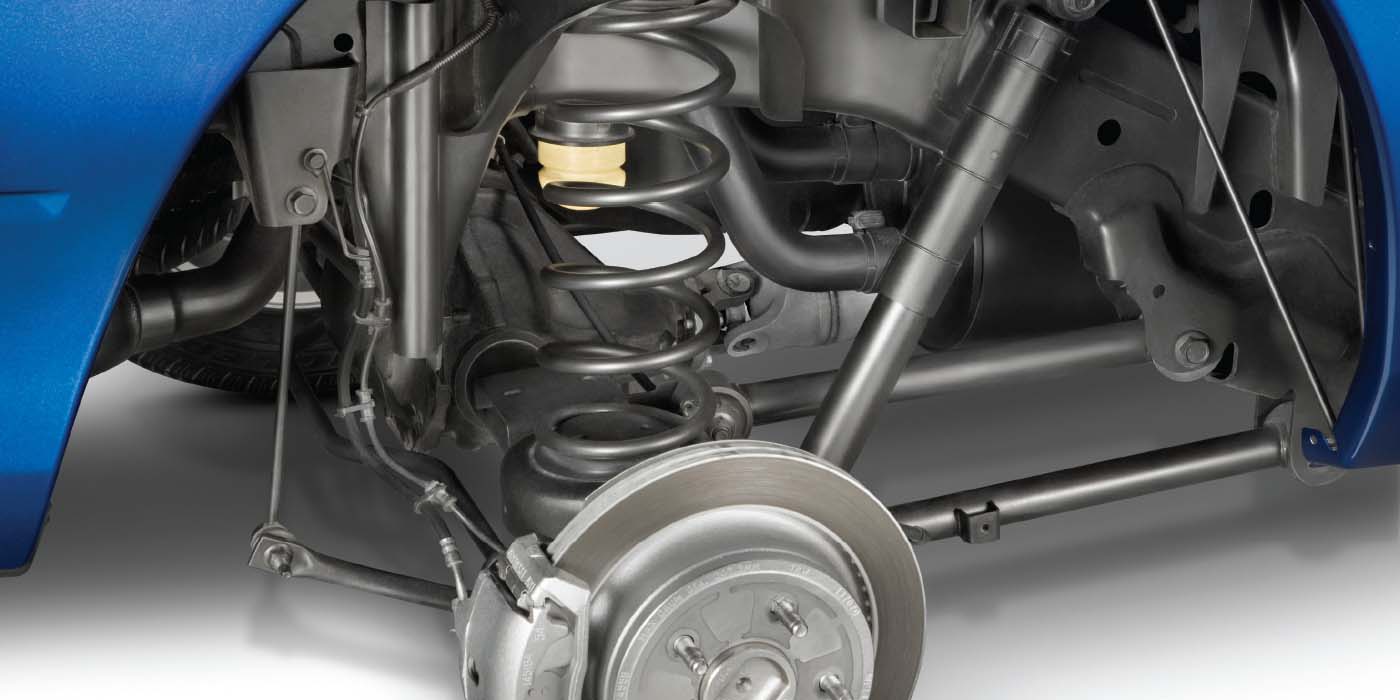 For service providers, the combination of different suspension components can make the alignment procedure challenging.

The Dodge Ram has been named as Motor Trend’s Truck of the Year a number of times.  The fourth generation of the truck featured a number of advancements and enhancements to keep it competitive in the marketplace. For service providers,  the combination of different suspension components can make the alignment procedure challenging.

The Ram 1500 comes with cam adjusters on the lower control arms at the subframe. If you need more camber or caster on a lifted or lowered truck, you can install an offset ball joint in the upper control arm. This modification can yield ±2.25 degrees of camber or caster. You should perform the final adjustments with the factory cams.

For 2009, Dodge introduced a multilink coil spring rear suspension. This live-axle setup weighs 40 pounds less than a leaf-spring configuration. Nothing is adjustable.

For 2013, an air suspension system was an option. The system is tuned by a computer for optimal ride and aerodynamic performance. The system has a load-leveling capability, which detects if there is a trailer attached.

The air suspension system features five height settings that operate automatically or can be controlled manually using controls on the console.

• Normal Ride Height (NRH): 220.9 mm (8.7 inches) of clearance (measured from the base of the door sill) is the default load-leveled ride height. This is the mode that should be active when performing an alignment.

In 2012, Electric Power Steering (EPS) was made standard. The system provides variable assist for steering maneuvers using several sensor inputs. The Steering Angle Sensor (SAS) measures the position of the steering wheel and the rate of movement. The vehicle’s speed input comes from the anti-lock brake system. EPS steering gear has a torque sensor.

The only serviceable parts are inner and outer tie rods and tie rod bellows.

The SAS is “self-calibrating” according to Chrysler. To reset the SAS, perform the following procedure:

1. Turn the ignition on and turn the steering wheel all the way to the left until lock is reached

2. Turn the steering wheel all the way to the right until full lock is reached

3. Return the steering wheel to center

Even after this procedure is performed, the ESP light might still be on. Go for a short test drive to allow the system to use the yaw and lateral accelerometers to carry out the final calibrations.

The other option is to use a scan tool to verify the readings from the SAS and clear the codes in the 2009-2015 Dodge Ram.

Tilting Shocks On A Tacoma