Not everyone can afford or wants a new vehicle, and there are plenty of routine maintenance opportunities available for the vehicles already on the road. 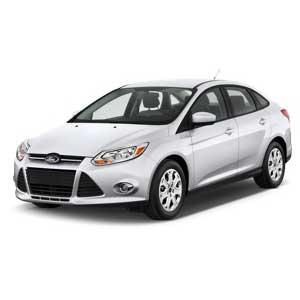 Does an increase in new vehicles trickle down to more business at your shop?

If you’re an optimist, you probably answered “yes” and will be happy to hear that auto analysts predict an uptick in light vehicle sales.

While Polk credits an improving economy as a main reason for the rise in new vehicles, the automakers have done a good job of marketing its new fleets with improved looks and designs, higher fuel mileage capabilities and low interest financing.

While cruising past the 15 million mark for new vehicles in a year does seem like a great accomplishment, it’s still a few million off from the pre-recession levels of more than 17 million vehicles sold each year.

The average age of a vehicle on the road today is 11 years, the oldest ever. Which could be one of the reasons why new vehicle sales are on the rise. New vehicles may be a necessity for some people whose current vehicle just isn’t cutting it anymore with continuous repair bills.

Doing a brake job on older vehicles might not only be replacing pads, but rotors and corroded brake lines as well. “Tune-ups” on high-mileage vehicles are usually more than replacing spark plugs, and may include new plug wires or new fuel injectors. Expensive emissions sensors also begin failing as the miles accumulate on the vehicle. And, vehicle owners may want to unload a vehicle before they start getting into timing belt replacements.

Some people would rather pay a set monthly vehicle payment over a handful of large repair bills that can come at the most inopportune times throughout the year.

Vehicle manufacturers are making it tempting to buy a new model with more exciting designs.

The good news is that even when new vehicles are purchased, it creates more pre-owned offerings.

Remember the outcry from some during 2009’s Cash for Clunkers program that there would be no used vehicles available for low-income people because the trade-in vehicles had to be scrapped? Well, that shouldn’t be an issue these days as used car lots are stocked with many available options for buyers of pre-owned cars and light trucks.

We expect the independent repair shops to also have a better year in 2013 over last year’s numbers. Not everyone can afford or wants a new vehicle, and there are plenty of routine maintenance opportunities available for the vehicles already on the road.

Make it your shop’s resolution in 2013 to capture more of this business and build upon your current customers.

Directions: A Resolution To Grow In 2013