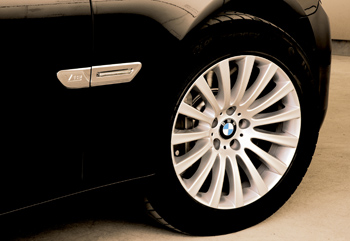 During the fall of 1989, when I was working as a mechanic for an off-road desert racing team, we raced the famous Mint 400 held in Las Vegas. At that time, the 400-mile road course consisted of bumps, jumps and basketball-sized rocks just waiting to break a suspension system. About 50% of all vehicles entered would fail to finish the race.

Standard for that day, our desert truck was equipped with three shock absorbers per wheel, which would theoretically reduce operating temperatures by distributing the load among three soft-valved shocks. By mid-race, our truck came into its pit stops with the shock absorbers so overheated that the polyurethane bushings were literally melting out of the shock mounts.

Worse still, as the shock absorbers began to fail, so would the leaves in the truck’s leaf-spring suspension. Despite the suspension problems we experienced during the race, we were lucky enough to win our class. But the lessons I learned about the importance of matching the shock absorber to its application endure to this very day.

A shock absorber is designed to dampen oscillations in leaf or coil springs by enclosing a piston and rod assembly inside a cylinder filled with oil. The shell or casing generally mounts on the axle or control arm while the piston rod assembly mounts to the frame. 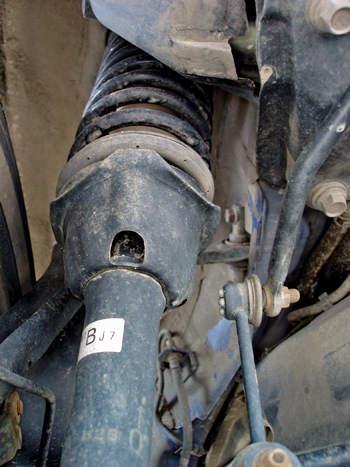 The piston contains valved metering orifices designed to allow the oil to flow more easily to one side of the piston than the other, which allows a shock absorber to compress more easily than it will extend. This general ratio or rate is ideal for absorbing bumps in the road and controlling the rebound rate of the unsprung weight of the axle and wheel assemblies. See Photo 1.

Each shock absorber valving system is designed to accommodate variations in vehicle weight, speed and road surface. This allows engineers to create a smooth ride at low speeds while, at the same time, allowing them to control suspension rebound at higher vehicle speeds. Because shock absorber valving systems can be quite a bit more complex than I’ve described, we’ll leave it at that.

Although the technology was popularly introduced around 2002, many high-end vehicles incorporate computer-controlled magnetic active shock absorbers into their suspension systems. These shock absorbers use magneto rheological (MR) fluid, which means that the viscosity of the fluid increases when a magnetic field is applied to the fluid. This feature allows manufacturers to instantly increase shock absorber firmness to accommodate a high-performance or emergency-driving situation.

Many high-end vehicles also incorporate an air bag into the shock absorber assembly to compensate for additional loads on the suspension system. Most of these systems use a height control sensor that enables a chassis module to sense a variation in suspension height. The module then adds or subtracts air pressure via an electrically operated air compressor and valving system to correct suspension height or compensate for body roll. A distant cousin of the OE air suspension system is the stand-alone “air shock,” which is a popular aftermarket solution to temporarily increase the load-bearing capacity of a vehicle’s suspension system.

As many older import vehicles age, their air shock systems become more failure-prone and more expensive to repair. In these situations, some companies supply conversion shocks designed to convert air shock systems to conventional shock absorbers. In addition, some companies rebuild the very expensive shock absorbers used in some high-end vehicles. In any case, economical remedies are available for keeping some of the older, high-end vehicles in service. 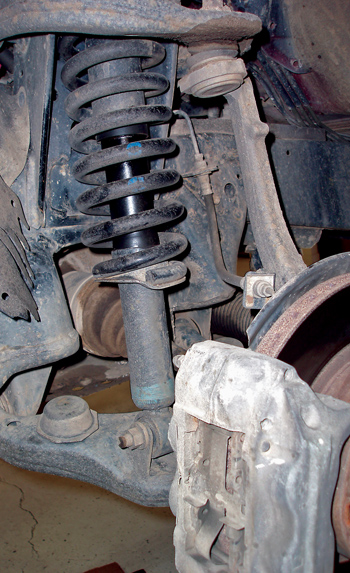 Modern hydraulic shock absorbers are manufactured in single and dual-tube designs. In the single-tube design, the shell casing doubles as the cylinder in which the shock piston rides. The immediate advantages of a single-tube design are that the piston area is generally larger and that the shock absorber will dissipate heat much faster. The disadvantages are that the single-tube shock is easily damaged and that they can be more expensive to manufacture in gas-charged versions. See Photo 2.

Dual-tube shock absorbers are most commonly used as original equipment because they are less susceptible to damage and because they have more oil capacity. The downsides are a smaller piston area and a greater sensitivity to foaming the oil. On the other hand, both shock designs can be charged with nitrogen to reduce oil foaming. Neither the single- or dual-tube design is inherently superior, with both having their applications in modern vehicle ride control. 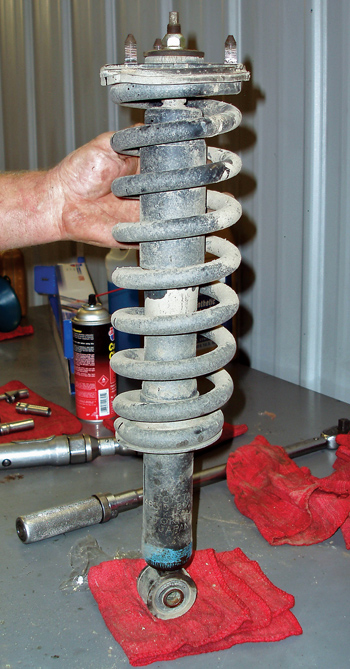 Because shock absorbers wear very gradually, and because modern OE shocks are far more durable, it’s tough for most service technicians to properly evaluate the need for new shock absorbers.

The time-honored rebound test, in which the technician jounces the suspension by hand, is the simplest method. In this test, good shock absorbers will dampen the rebound within one extension cycle. But, let’s keep in mind that, when the operating temperature increases on a high-mileage shock, the shock’s dampening capacity is greatly reduced.

In many cases, test-driving the vehicle on a familiar road course is the best indicator of shock absorber performance. If the vehicle sways too much navigating corners, dives excessively during braking or bottoms the suspension too easily on bumps, the shock absorbers obviously need to be replaced.

During a physical inspection, always measure vehicle suspension height. If the vehicle leans or one corner of the suspension rebounds differently than the others, the fault is likely with the shock absorber. Any shocks leaking raw oil from the piston rod seal should be replaced, as should badly dented shocks.

Evidence of frequent contact between the rubber rebound bumpers mounted on the frame and the control arm or axle are also subtle indicators of worn shock absorbers. Extreme combinations of worn shocks and out-of-balance tires will cause wear at the center of the tire tread. 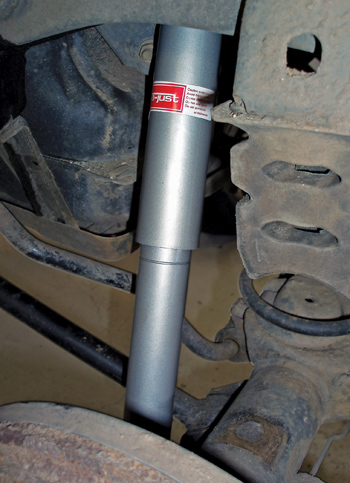 Similarly, if a shock absorber has lost its gas charge, the vehicle will exhibit an uneven suspension height and additional tire wear on that wheel. And, if an accurate wheel alignment still produces scrub-related tire wear, worn shock absorbers might be at fault because the shocks can no longer maintain correct suspension geometry. See Photo 4.

In any case, most shock absorber wear becomes evident between 60,000 and 120,000 miles. If the vehicle has more than 100,000 miles on the odometer, it’s nearly a sure bet that new shock absorbers, either conventional, coil-over or struts, will restore like-new ride control.

When selling new MacPherson struts, it’s generally more time- and cost-effective to install new spring and strut assemblies than to disassemble the old strut for a cartridge replacement. Similarly, when selling conventional shock absorbers for heavy-duty or off-road use, it’s more cost-effective to look at a performance shock absorber that includes bellows that protect the piston rods from abrasive damage and high-performance polyurethane bushings designed for high-impact driving conditions.

As most veteran under-car technicians know, choosing the correct ride control is often more subjective than objective. To illustrate, the average “tuner” enthusiast might like firm ride control for rally-type driving. In contrast, Grandma might want a shock absorber that didn’t shake the icing off of the cake she just delivered to her church social. Farmers and ranchers want a shock that won’t buckle under a load of hay, while recreational vehicle owners want a shock that will reduce vehicle bounce and sway when towing a fifth-wheel camper trailer.

As I learned in our off-road race two decades ago, it’s important to match the shock absorbers with the suspension system. Stiffer springs require different valving than do softer springs. Increased vehicle loading requires a firmer shock absorber design. Off-road vehicles equipped with lift kits require shocks with greater travel than do standard suspensions. If a match isn’t made with the application, expect a premature shock absorber or spring failure.