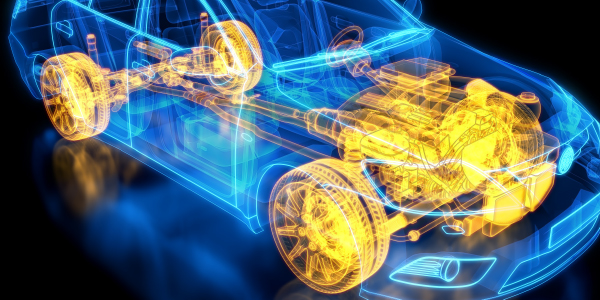 The topic of noise, vibration and harshness (NVH) diagnostics came home to me 20 years ago when I began dabbling in collector car repairs. Customers soon began complaining about wind noise and chassis vibrations in ’60s-era cars.

The topic of noise, vibration and harshness (NVH) diagnostics came home to me 20 years ago when I began dabbling in collector car repairs. Customers soon began complaining about wind noise and chassis vibrations in ‘60s-era cars. Having personally experienced cars from that era, I knew that most of these complaints weren’t repairable because good NVH abatement technology had yet to be developed. That said, passenger compartment NVH abatement continues to be a primary design goal for automotive engineers.

Thanks to their efforts, vehicles now have these NVH advancements:

On the flip side, each NVH refinement has served only to increase the driver’s sensitivity to noise, vibration and harshness. In the following text, I’ll introduce you to some of the basic terminology and testing techniques used in modern NVH diagnostics.

During my dealership days, most new-vehicle NVH complaints were caused by obvious sources like inaccurately machined, poorly assembled or broken parts (see Photo 1). Noise and vibrations were a slightly different story since seat-of-the pants diagnostics can’t accurately quantify their frequency and amplitude. In contrast, most harshness complaints involve ride control issues, which are generally subjective complaints that involve a newly installed set of heavy-duty shock absorbers or over-inflated tires.

While many old-school NVH issues continue to be diagnosed by a sharp ear or by an experienced seat-of-the-pants feel, most modern NVH diagnostics requires quantifiable data. In contrast to old-school complaints, many modern noise/vibration complaints are caused by harmonic or resonant noises emanating from body or interior panel parts that vibrate or resonate in response to variations on road surface, engine speed, vehicle speed and wheel speed conditions.

To illustrate, noise and vibration are generally quantified in frequency and amplitude. Frequency can be expressed as revolutions per minute (rpm), cycles per minute (cpm) or as hertz, which is revolutions or cycles per second. Amplitude, on the other hand, indicates the relative severity of the noise or vibration.

Wheel-speed and engine-speed related noises and vibrations are common NVH complaints. To diagnose wheel-speed vibrations, frequency and vehicle speed, tire size and axle ratio must first be determined by the engineer. To diagnose engine vibrations, their frequency, engine rpm and, in some cases, the engine’s accessory pulley drive diameters must be determined. Many of these vibrations occur at specific wheel or engine speeds.

“ORDERS OF FREQUENCY” ARE ALSO PART OF NVH TERMINOLOGY

The following mental checklists are critical for diagnosing NVH concerns.

1. Make sure that all the tires are properly inflated, they all have the same size and tread depth and all lug nuts are torqued to specification.

2. Check for bike racks and other external aftermarket accessories that might produce harmonic noises at various speeds.

4. Check the glove box for loose change and other noise-making objects.

5. Look under the hood to make sure that the battery is secured, all drive belts are correctly tensioned and that plastic engine covers are secured.

6. Once the vehicle is on the lift, check all rubber engine and transmission mounts, ride control mounts, suspension bushings and exhaust hangers for deterioration.

The list of noise-making components can be endless, but inspect all the “stupid stuff” first. For less obvious NVH concerns, search the manufacturer’s TSBs to correctly identify specific NVH concerns and recommend corrective services. Above all, remember to charge for time and testing, both of which are vital to the NVH bottom line.

Advertisement
In this article:Chassis, steering