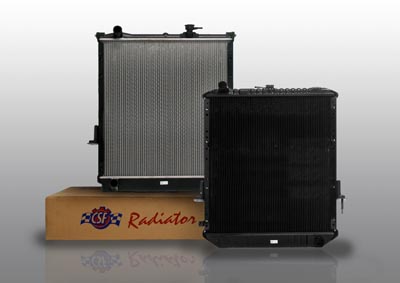 CSF is consistently adding new models to bring its customers the applications they need. Not only does CSF offer most popular import car models, but they also have many in demand truck radiators as well, including the Isuzu N series, which will be available in October, 2006. New truck radiators are also available for the Chevy W series, GMC W series and International Navistar (popularly known as the "Half Core" radiators). A new application for the Mini Cooper is also available. These models are all listed in the new catalog along with thousands of other make and models.

Contact a CSF distributor for a catalog or call CSF at 909-355-1991. You can visit CSF on the web at www.csfimports.com