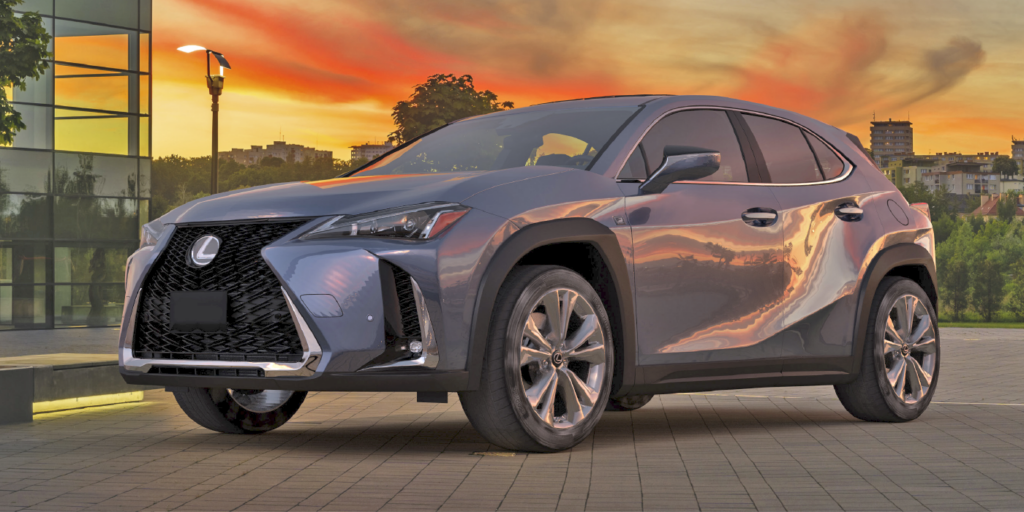 A crossover is a vehicle that uses a car platform to make an SUV-style truck. Most drivers assume taller is safer. But, the opposite is true when it comes to stability. Crossovers typically have a higher center of gravity when compared to their car alternatives. This extra height – and sometimes weight – can cause extra work for the stability control, ADAS and suspension systems.

Imagine if crossovers became a fad in the early 1980s before ABS and stability control. Most consumer advocates would have labeled these vehicles as deathtraps. But, with modern technology, it is possible to have a tall – and stable – car.

Remember though, engineers did not compensate for worn ride control components when they wrote the software for the stability control system. The corrections were engineered on a test track on new vehicles with new struts and shocks. They don’t plan for worn components or distracted drivers.

A shock or strut gradually loses its ability to control the movement of the spring and suspension. Multiple items inside the unit can degrade and cause the amount of rebound and compression to be diminished.

Take the oil or fluid inside a shock or strut. This highly engineered fluid is designed to change motion into heat with the help of the valves. Over millions of cycles, the fluid can thin, and some can be lost out of the shaft seal.

The gas chambers inside the unit can leak or rupture. This pressure loss can cause the fluid or oil to cavitate as it is pushed through the valves. In addition, the air bubbles can cause the units to fade due to the foam that’s created.

The valves also fatigue over time. Many units use small metal discs that are held in place with a spring. As pressure builds on one side of the piston, the disc flexes and the spring moves to allow fluid to go through the unit. These components are made of metal, and over millions of cycles, they can lose their tension and shape.

The last item that can wear is the piston. Units have a very tight tolerance between the piston and tube to prevent fluid from bypassing the valves. The sealing area can wear over time and cause the unit to become ineffective.

As the suspension ages, the ride control loses its ability to control the movement of the suspension due to the wear of shocks or struts. This impacts the contact patch and the length and frequency of the corrections of the stability control system.

On later crossovers that are equipped with automatic emergency braking, changes in the health of the ride control can impact the performance. Cameras and radar sensors detect and classify objects. Early systems will charge the system and provide extra brake pressure to the calipers to decrease stopping distances when the customer hits the pedal. Later systems can classify objects as vehicles, pedestrians and other objects in the road and apply the brakes independently of the driver.

Both automatic braking systems are designed to provide the maximum hydraulic force to the calipers to stop the vehicle. This force is typically greater than what can be provided by the driver pressing on the pedal. If you experience one of these automatic stops, it can be very violent. If the ride control is worn, the lack of compression dampening in the front and rebound dampening in the rear can cause extreme nosedive that can increase braking distances and vehicle stability.

Since crossovers share a lot of the same suspension designs as their car platforms, inspection is the same. The first procedure is to go for a test drive. The goal of the test drive, however, is not to test the vehicle at its limits.

Performing a figure eight in a parking lot can give you an idea if there is a damaged unit and how the vehicle transfers weight. Also, speed bumps can tell you a lot about the condition of the suspension and ride control. Your mission is to provide a fresh perspective on the ride and handling. You should also perform at least one hard stop that activates the ABS system.

The visual inspection should cover each corner of the vehicle. First, look at the tire wear patterns. Excessive edge wear can indicate a suspension that has to work hard to keep the crossover on the road. Also, scalloped or raised tread blocks can point to a dead shock or strut. Look at the condition of the wheels and for an excessive buildup of brake dust on one wheel. Excessive brake dust on the rear wheels can indicate the stability control or ABS systems are working overtime to keep the driver in control.

Look for any signs of leaking oil. All shocks and struts will leak some fluid from the shaft seal. Normal leakage will have a matte appearance because it has had time to attract dirt and brake dust. If the oil is shiny or dripping, the unit should be replaced. To make an accurate inspection, you might have to pull up the boot to see the shaft. This is also the time to look at the springs. You should look at how the spring rests in the perch and if the spring has the same number of coils on both sides. Measuring the ride height can also give you an indication of the health of the springs.

Crossover struts and shocks are not the same as their car counterparts. They will have a longer, extended, compressed stroke length to increase ground clearance. The valving inside the strut or shock will also be different to account for the higher center of gravity.

There are bare as well as loaded strut options for the most popular crossovers.