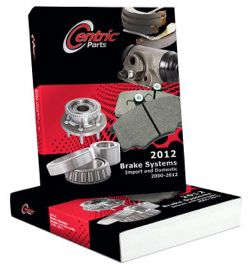 The Centric Parts 2012 Brake Systems catalog features detailed friction listings. According to Centric, the listings pay particular attention to matching the appropriate PosiQuiet friction material to each application, based on research of OEM samples, edge codes, materials and manufacturer data.

“There is hardly a vehicle on the road or in a garage, manufactured in the last 70 years, that Centric Parts does not have a brake system component for,” said Dan Lelchuk, president of Centric Parts. “We don’t just want to be the best, we want to be light years ahead of the competition.”

All versions of the Centric 2012 Brake System Catalog include detailed part images and technical specifications. The catalog can be obtained by contacting Centric Parts or by visiting www.centricparts.com, where a complete list of publications and reference materials is also available.