Carley's Corner: Cash for Clunkers: A Good Deal or Bad for Business?

Carley's Corner: Cash for Clunkers: A Good Deal or Bad for Business? 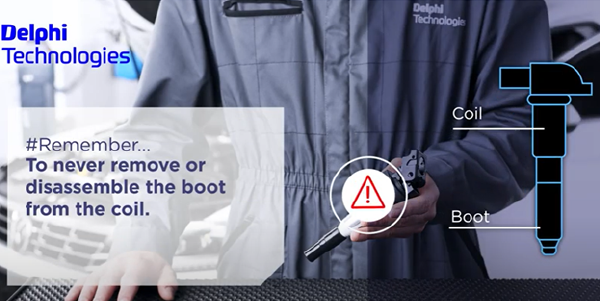 As part of the ongoing economic stimulus effort, Congress authorized a Car Allowance Rebate System (CARS), which is commonly referred to as the Cash for Clunkers program.

As part of the ongoing economic stimulus effort, Congress authorized a Car Allowance Rebate System (CARS), which is commonly referred to as the Cash for Clunkers program. The objective of the government-sponsored rebate program is to help the ailing auto industry recover by stimulating new car sales. By offering a rebate of $3,500 to $4,500, the CARS program encourages people to trade in their old gas-guzzling clunkers for new, more fuel-efficient cars and trucks.

The rules are fairly simple. The vehicle traded in has to be less than 25 years old, owned for at least one year and capable of driving to the new car dealership under its own power. If the vehicle is traded for a new one that gets 4 mpg or better than the old one (based on the official EPA combined fuel economy ratings), the clunker is worth $3,500. If the new vehicle gets 10 mpg more than the old one, the trade-in value of the clunker jumps to $4,500.
But there’s a catch. When the old clunker is traded in, it cannot be resold. The car or truck must be destroyed to permanently remove it from the road. The reason for doing this is to get rid of the older gas guzzlers and replace them with cleaner, more fuel-efficient vehicles.

For complete details, see the official government website at www.cars.gov.

The program is obviously a good deal for motorists who are thinking about buying a new car but don’t have much to trade in. With the CARS program, an old car or truck that might have been worth $0 to $2,500 as a trade-in is now worth $3,500 to $4,500, depending on what it is traded for. That could lower a new car payment up to $75 a month or more depending on the financing terms and sale price.

But what will be the impact on the aftermarket?

Some say it won’t have any measurable impact at all because the funds allocated for the program are limited, so the number of vehicles traded in under the CARS program might only be a couple hundred thousand (out of a total vehicle population of more than 250 million cars and light trucks). A mere drop in the bucket.

Others say the numbers of vehicles traded in won’t be that many because people who could take advantage of the program might not want to take on a new car payment. It’s cheaper to drive their old car or truck that’s paid for.

By the time many vehicles are 10 to 12 years old, they usually are not worth more than a couple thousand dollars unless they are an expensive luxury car or a model like a Corvette or a Porsche. So when the owner of an older vehicle is faced with a major repair, they have a difficult decision to make. Should they invest a lot of money fixing up a car that is not worth much, or should they get rid of the car and find another vehicle (or a new car)?

Our readers are in the repair business, so they would like to see vehicle owners keep their old cars and repair them rather than junk them or buy new cars.

Most new domestic cars today come with three-year/36,000-mile or four-year/50,000-mile bumper-to-bumper warranties, with even longer powertrain warranties covering the engine and transmission (5/60 for Ford, 6/70 for Lincoln, 5/100 for GM and lifetime for Chrysler!).

The new car warranties on most import makes are even better, with many offering 4/50 basic warranties, and some like Mitsubishi and Hyundai offering 5/60 warranties, plus extended powertrain warranties that range up to 10 years and 100,000 for Kia, Hyundai and Mitsubishi.

The longer new car warranties are viewed as a plus by most new car buyers, but are seen as a negative by most independent repair shop owners because it means the new car dealer is more likely to retain the new car buyer as a maintenance and repair customer for a longer period of time.

Consequently, a significant increase in new car sales could potentially remove more older vehicles from the road along with the repair work and replacement parts they inevitably require. And that could be bad for independent repair shops and aftermarket parts suppliers.

So what are your thoughts on this issue?

Do you think the CARS program will have an impact on your business?

Advertisement
In this article:Tech Shop Articles