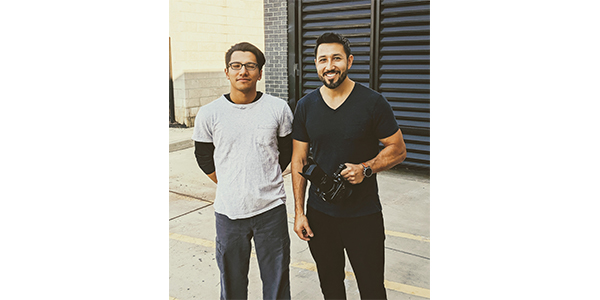 Winner to receive $5,000 prize for being voted favorite video.

CARDONE Industries has announced the winner of its installation video competition, which called on technicians and car enthusiasts to submit an original video showing the installation or service of an under-the-hood or under-the-car automotive part. There were many great videos submitted by shops and individuals, but the $5,000 grand prize winner with the most votes was Simon Rivera of Henrico, Virginia.

The winning video was determined based on public votes as well as video plays and finishes. The contest videos received nearly 7,000 votes, as well as nearly 8,000 video plays, which contributed to each entrant’s total points. Rivera, a freelance videographer, teamed up with his DIY friend, Armstrong Ran, to put together the winning video.

“With three tech video contests under our belt we really have been impressed with the creativity and effort put forth by all of our entrants,” said Stephen Sigg, CARDONE’s executive vice president of marketing and customer experience. “We plan to continue running the contest as it has been a great way to highlight the knowledge that exists in the automotive aftermarket, while having some fun along the way.”

All the submitted videos are still viewable on the contest site videocontest.cardone.com.

CARDONE also plans to showcase the automotive knowledge and expertise of the entrants with the rest of the aftermarket through the company’s YouTube channel.

Advertisement
In this article:CARDONE Industries