How Do Fluid And Friction Change Brake Pedal Feel? 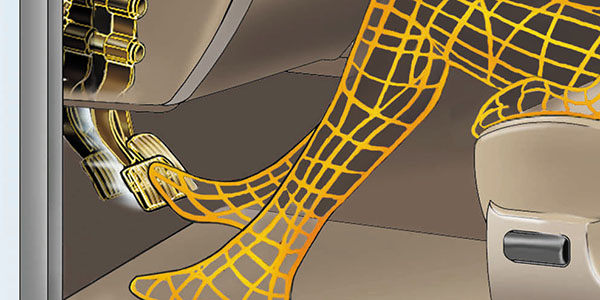 Chances are your foot will know the condition of a vehicle’s brakes and the quality of the brake pads before your mind puts it all together. Consider this: Stopping a 4,000-lb. vehicle requires a driver to press on a pedal to generate friction at the wheels. What happens in between the pedal and pads can determine how much pressure the driver is required to apply to stop the vehicle in a safe distance.

These changes to the equation can come from worn, defective or low-quality brake pads. 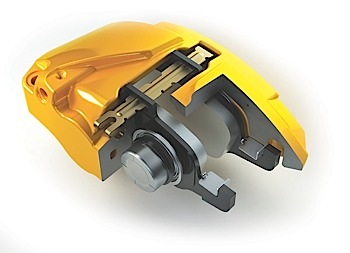 A hydraulic brake system transforms and amplifies force. It operates on the simple principle that brake fluid is not compressible (it does compress if exposed to extremely high pressures and temperatures). When pressure generates at one end of the system, the same amount of pressure comes out the other end.

On a hydraulic brake system, the driver generates force by pressing on the brake pedal. The force is then amplified by the pedal, booster and master cylinder. The driver will modulate the pressure on the pedal to stop the vehicle at between 20 and 120 pounds. Humans are called on to use their senses to safely bring a vehicle to a stop.

If the pedal travel is too long, the pedal requires too much force or the seatbelt feels a little too tight, customers subconsciously make the call that the brakes need attention from a professional.

The average driver comfortably generates a peak of 70 pounds of force on the rubber pad at the end of the brake pedal during a moderate stop. The brake pedal is nothing more than a mechanical lever that amplifies the force of the driver. 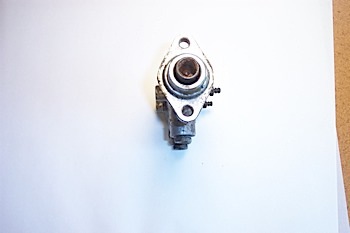 On older vehicles with a manual disc drum arrangement, the pedal ratio is 6.2:1. This means that the 70 pounds the driver has applied is now amplified to 434 pounds (6.2 × 70 pounds) of output force. The problem is that the travel of the pedal is rather long due to the placement of the pivot point and master cylinder connection.

A booster increases the force of the pedal so a lower mechanical pedal ratio can be used. A lower ratio can yield shortened pedal travel and better modulation. Most vacuum-boosted vehicles will have a 3.2:1 to 4:1 mechanical pedal ratio. The size of the booster’s diaphragm and the amount of vacuum generated by the engine will determine how much force can be generated. Most engines will generate around -8 psi of vacuum (do not confuse with inches of Hg, or mercury). If a hypothetical booster with a 7-inch diaphragm is subjected to -8 psi of engine vacuum, it will produce more than 300 pounds of additional force. 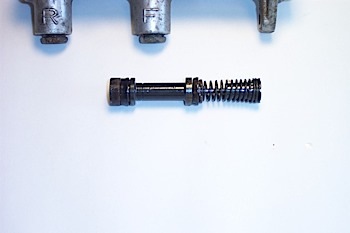 Seventy pounds of force on a brake pedal can result in 556 psi of brake fluid heading to the calipers. So, how does this pressure stop a car? If the calipers are a single-piston floating design with 2-inch diameter pistons (piston surface area = pπR2 × 2), we just multiply the pistons’ surface area by 556 psi and we get 3,419 lbs of clamping force at both front calipers!

Clamping forces and the coefficient of friction are on one side of the equation, and brake torque is on the other side. If you increase either variable, you are changing the amount of torque the system can generate. 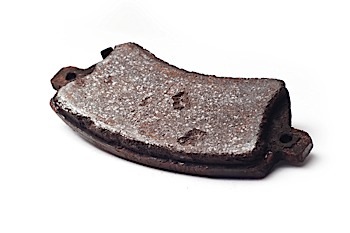 In our theoretical example above, we are ignoring some real-world factors that influence the amount of clamping force. The reality of it is that not all of the pressure makes it to the interface between the pad and rotor. Some is lost with the expanding of brake hoses. But, the majority of factors that can increase pedal force or pedal travel are not hydraulic — they are mechanical.

Even if all of the pressure makes it to the caliper piston, some of the generated force is lost as the caliper flexes. If it is a floating-caliper design, the movement of the caliper on the slides needed to center it on the rotor can require extra fluid movement. If the slides or the pad are seized, this can lower clamping force and cause the uneven clamping forces on the brake pad. This reduces the friction material’s footprint on the rotor and increases the force required to generate sufficient brake force.

The brake pad itself can increase pedal force and travel. And, if the backing plate does not have enough rigidity, it will flex. This influences the hydraulic components in two ways. First, the hydraulic force is being used to flex the brake pad’s backing plate. Second, when the pad flexes, it alters the clamping forces at the rotor. The edges of the pad might have lower clamping loads than the center of the pad. This reduces the amount of brake torque that’s generated. But, it can also cause brake noise due to friction instability at the pad and rotor interface. If the brake pad has been compromised by delamination of the friction material from the backing plate, the amount of torque the brake pad can generate is reduced. This reduction in torque requires the driver to push harder on the brake pedal.

The one thing that never changes in the braking equation is the human element behind the pedal. A driver can put only so much force on the pedal and their mind can react only so fast in an emergency situation. If the mind and the foot are fighting a problem with the pads or hydraulic system, it will hopefully end up in your shop before an accident occurs.