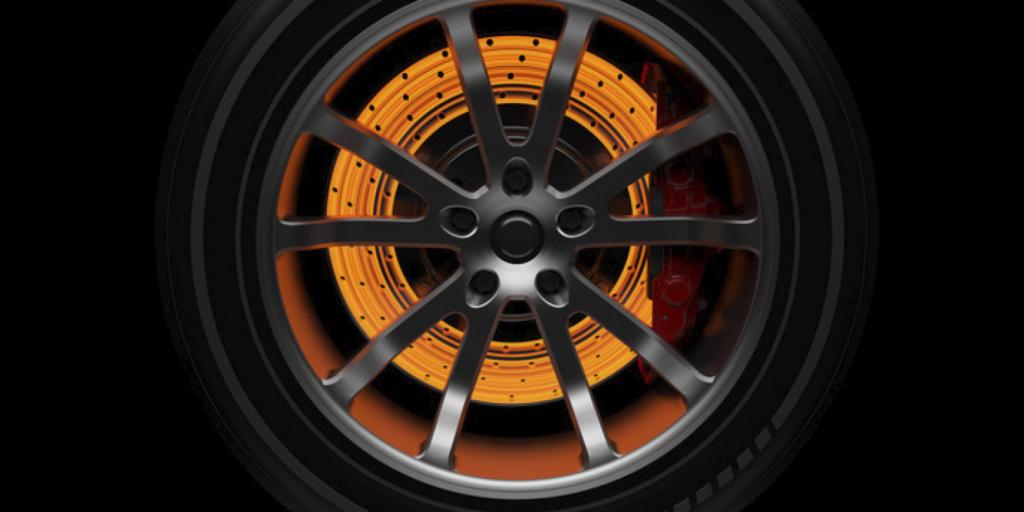 The typical brake job is changing. Technologies like ADAS, ABS and electric parking brake systems are adding new complexity to the common pad and rotor replacement. Keep these tips in mind so you don’t get stuck on this “gravy” job.

Got These Codes? Clean the Sensor

If you have DTCs C1141, C1142, C1143, C1144, C1233, C1234, C1235 or C1236 (ABS wheel-speed sensor/ABS sensor rotor), chances are something is wrong with the wheel bearings. Another cause for these codes could be an accumulation of metal debris on the sensor. The front bearings are press-in cartridge-style units. Rear wheel bearings are hub units. In the front, the tone ring, or encoder, is on the inner seal of the bearing and the sensor is mounted in the knuckle. The parameters for these codes to be set include abnormalities in the signal such as a weak signal or large differences in the value when compared to the other sensors.

The electric park brake (EPB) replaces the conventional hand brake lever on many modern vehicles. The module that controls the EPB provides a fully automated control to set and release the parking brake without any action from the driver.

The EPB module recognizes when to apply and release the parking brake. It then evaluates data from various driver inputs, the engine, transmission and wheel sensors, as well as by tracking the position of the clutch and throttle.

Most EPB modules perform self-diagnostic cycles when the vehicle is started or when the parking brake is released. Some of the most common codes occur because of battery voltage below a specific threshold for one or two seconds. Check for a weak battery and for low voltage codes in other modules.

Inexpensive brake pads will often have thinner backing plates to save on steel. This is the leading reason why they can cause a soft or low pedal. It gets even worse if the manufacturer is putting large holes in the backing plate for molding or riveting. Some mechanical attachment designs can eliminate these holes. Another benefit to having a ridged backing plate is less brake noise because the friction surface is more stable and consistent.

Rotors do not warp. In the 1970s, someone came up with the whole “warping” theory and it has stuck. Why? Because to the layman, it makes sense. But, in reality, it is a false explanation that doesn’t hold up. What is often described as “warping” is actually the presence of two verifiable phenomenon that can be experienced individually or in combination — neither of which have anything to do with warping. These phenomena are brake torque variation (BTV) and disc thickness variation (DTV).

BTV can be caused by uneven deposits of friction material. This might not cause a pulsation in the pedal, but it will cause the vehicle to judder or vibrate.

DTV, on the other hand, is the result of measuring the thickness of the rotor surface at multiple spots around the rotor. Subtract the thickest part from the thinnest, and you will have a measurement for DTV.

As the thickness variations of the rotor pass through the caliper, the piston moves in and out. This action generates pulsations in the brake pedal that can be felt by the driver.

If a brake line has burst, you should bleed the brake system and the ABS hydraulic control unit. While some scan tools and vehicles have built-in test or procedures for bleeding, most do not have this feature. To remove the trapped air, you will have to activate the pump and valves for the corner on the vehicle using the scan tool. Subsequent bleeding removes the air from the brake hydraulic system through the bleeder screws.

Adequate voltage to the HCU module is required during the anti-lock portion of the system bleed. You might want to connect an external power supply.

The customers who typically come back to the shop are not very happy if they can detect a smell coming from their new brake pads. It is a difficult phenomenon to explain. You know that there is nothing wrong with the vehicle mechanically, but you still must set the customer’s concern to rest.

The source of the smell is typically the brake pads. Explaining what’s happening is very difficult because you are treading on very complicated chemistry that is further politicized by the friction material manufacturers. The term and concept that you want to avoid at all costs using is “burning off.” This is inaccurate and may cause the customer to become alarmed. Yes, there is heat involved when the bad smell is produced, but it is not oxidation or burning.

What is really happening is polymerization or curing. This is a chemical process where smaller units are combined into larger and more stable units. It is like making an omelet. When heat is applied to the eggs, the omelet is formed. But, in the case of the friction material, the yoke and whites are the resins that hold the pad together.

The heat of braking causes the resins to polymerize and form stronger bonds. This is a good thing. The bad thing about this is when the resins polymerize, they create by-products in the form of gases that do not smell pleasant.

It is always a good idea to replace removable electronic wear sensors. Over time, the heat from the brakes can damage the wiring and clip that holds in the sensor. These sensors are very inexpensive when compared to a comeback. Many premium pads will include them as part of the brake pad set and, if not, these sensors are available from many aftermarket suppliers. The key point to remember is that it is almost never the wires at the brake pad that fail, it is the connector that completes the circuit on the vehicle that fails.

Never estimate life or thickness using percentages. It is impossible to predict the life left in a brake pad with a percentage. While most consumers might be able to understand a percentage, it is misleading and often inaccurate. To accurately estimate the percentage of material worn on a brake pad, you would first have to know how much friction material was present when the pad was new. Every vehicle has a “minimum wear specification” for the brake pads, a number typically between two and three millimeters.