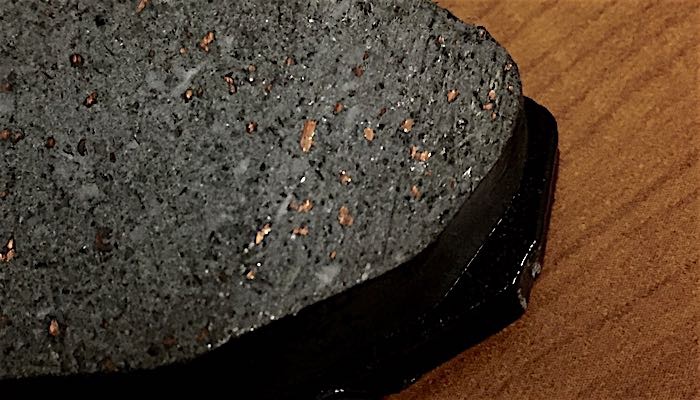 Like it or not, recent mandates limiting the concentration of copper allowed in brake pads could be our generation’s asbestos. We are just at the start of what could be a painful, but necessary, process that will impact your shop and the environment in a positive way — even if you do not live on the West Coast. Here are 5 things you need to know about impending brake pad regulation.

Spurred by copper-reduction laws enacted by California and Washington in recent years, several other states originally drafted legislation aimed at reducing brake pad pollution. However, the Copper-free Brake Initiative, in tandem with California and Washington’s existing laws, effectively made other state-specific laws unnecessary since these regulations set an unwritten nationwide mandate for compliance for all parts manufacturers.

2. The new laws target the “installer”:

Along with manufacturing and distribution, the California and Washington state regulations target the “installer” (not the most flattering term) in the law’s language. This means a shop in these states could be fined $10,000 fine per violation if a non-approved brake pad is installed. These fines do not kick in until 2025.

3. The laws target other substances:

While copper has gotten most of the attention, these new laws target pads with other dangerous materials, such as asbestos, chromium and other heavy metals.

4. These laws are being phased in NOW:

While these laws will not be in full effect for more than 10 years, many components of the laws are being phased in already. As of Jan. 1, 2013, friction material manufacturers who do business in Washington state are required to submit a report on their use of copper, nickel, zinc, antimony and other metals. In 2015, all new inventory was required to be labeled stating if it complied with the law. Manufacturers, distributors and “installers” have until 2025 to sell off existing inventory.

The laws do put new financial and technical burdens on friction material manufacturers. Under the Washington law, friction formulation have to be tested by an approved laboratory, and the applications that use this material must be submitted so the right label can appear on the box. Every step in the process costs money and time. These burdens may be so great that some manufacturers could get out of these markets completely.