What is Brake Noise? The Basics of Diagnosing NVH 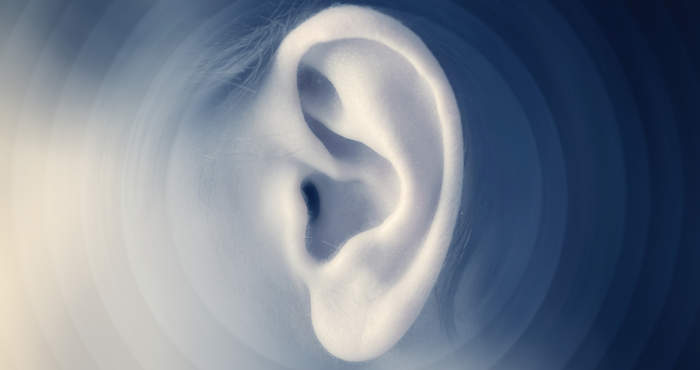 What does your shop do when a brake noise complaint enters the service bays? Does it end up hurting productivity for the rest of the day as a technician randomly applies lubes, pastes and sprays to the brake system hoping that the problem will be at least temporarily solved?

Brake systems are complex and require an understanding of the root causes that generate noise. Noisy brakes are not squeaking door hinges waiting to be lubed, and you cannot simply apply a magic substance to make them quiet. It’s not that lubricants, pastes and sprays are not effective, you have to first understand how they act on the entire corner of the vehicle to eliminate noise.

The key to stopping brake noise is to do the brake job right the first time. If a customer comes back due to noise, a shop must have a diagnostic process in place to resolve the problem the first time.

Noise, Vibration and Harshness (NVH) is as much about mechanics as it is about the human senses. Noise and harshness, in some ways, refer to how human organs sense and interpret the outside world. 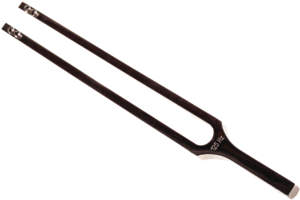 Let’s say that you drop a pickle-fork ball-joint separator on the floor. As the fingers of the tool hit the floor, they start to vibrate. As the fingers vibrate, they excite the air around them.

The forward-motion of these fingers pushes the air forward, compressing it, and when the fingers pull back, they suck the air back to create a low-pressure area.

If you charted the pressure change over time, it would go up and down like a wave and repeat itself (audible cyclic frequency) until the pickle-fork fingers stopped vibrating. These changes in air pressure eventually enter your ear as sound waves because the vibration and associated frequency also move at a constant speed through the air.

Vibrations are then transmitted to the fluid of the inner ear where they are converted to electrical nerve impulses. The brain receives and interprets these signals into sound. This transmission and conversion of vibrations of sound waves into nerve impulses is one of the cornerstones for understanding NVH and brake noise.

Let’s say you dropped a larger pickle-fork ball-joint separator with longer and larger fingers. If you dropped it from the same height, you would hear a different sound. The tone or sound would be lower in pitch and louder.

The reason for this is the fingers of the fork are moving slower, taking more time to generate high- and low-pressure regions. The brain interprets this as a low or “bass” sound.

How far the moving air is able to push the eardrum in and out will affect how the brain interprets the “loudness” of a sound. The farther the eardrum moves, the louder the noise.

All sound waves dissipate or lose energy over a given distance. The closer you are to the source of a noise, the louder it will seem.
Let’s put some engineering terms behind this. A sound wave has two parts to a cycle. These are called the compression and rarefaction regions (high- and low-pressure areas). The number of times the cycle repeats in a second is called the frequency and is measured in hertz.

You may have observed that the two different sizes of pickle-forks vibrated at different rates due to their mass, material (associated with the degree of damping or energy dissipation) and shape. These structural and geometric characteristics define what “natural” frequencies of vibration will occur as well as the shape of vibration of the pickle forks or the “vibration mode shapes.” Each natural frequency has a corresponding unique mode shape. This is why it’s important to ask the customer to describe the brake noise so that you can classify it as low or high frequency.

Your ears have a given performance range when it comes to frequency and sound pressure, so the eardrum and connected bones can move only so fast or slow (frequency/Hz). Also, the eardrum can only move so far (sound pressure). The average human can hear between 20 and 20,000 Hz. Also, human hearing can tolerate up to 130 dB, above which it is likely to sustain significant damage if the exposure is prolonged.

The last letter in NVH is harshness. Certain frequencies cause stress, nervousness and fatigue (these are symptoms of annoyance) in people. This is a built-in defense mechanism that makes us flee from what could be a dangerous situation. These noises may include the cry of a baby or your mother-in-law’s voice. The term also is used in automotive suspension/chassis systems to describe shock/impulsive phenomena (e.g. impact harshness due to a pothole or bump in the road).

If you are trying to eliminate a noise, you could try to stop it from moving the air around it. To do this you could eliminate the air or get further away from it, but obviously this is not possible with brakes because they do not operate in a vacuum and they cannot be separated from the vehicles.

The three available options are to change or shift the frequency of the noise to change sensitivity and range with respect to human perception (quite difficult), suppress or eliminate the path of vibration transfer from the source leading to noise through damping and isolation methods or dissipate the noise by insulation/ absorption treatment.

This effect can be observed by throwing a refrigerator magnet onto the vibrating pickle-fork. The sound stops or is changed because the magnet added mass to the vibrating fingers and caused them to vibrate at a lower frequency, created increased damping at the natural frequency due to the mass and shortened the vibration.

How All Brake Noise Starts

All brakes make noise. When the friction material makes contact with the rotor, the coupling causes the brake pad and rotor to oscillate and vibrate. In engineering terms, this is called “force coupled excitation,” which means that the components are locked as a combined system that will vibrate at the system’s natural frequency combined modes of vibration.

The amount of excitation and the frequency generated can be influenced by variations in brake torque (or changes in the coefficient of friction) across the rotor’s face. As the components heat up, the rotor may develop hot spots that could cause the rotor to have different regions of friction that produce different levels of brake torque. Most brake noise comes from this friction coupling.

Looking at The Entire System

When a customer hears a brake noise, it’s not just the pure sound of the friction coupling. The sound is a product of the entire brake system, structural transfer paths through suspension components into the passenger compartment and amplified noise within the reflective wheel well acting as a reverberant echo chamber.

This is why it’s important to look at the entire system when diagnosing brake noise. In the experiment with the ball-joint separator pickle-forks, we observed that different components have different natural frequencies. The brake system also has different components with different masses, material geometries and attachments (boundary conditions), all of which influence the natural frequencies and mode shapes. This is typically referred to as the structural dynamics or modal characteristics of the system.

The combined natural frequencies can make a new frequency that is unlike the initial frequencies. This phenomenon, known as mode superposition, is the additive and incremental effect of each component’s natural frequency, or frequencies, in contribution to the total system vibratory motion and response to the force coupled excitation.

At the aftermarket shop level, the vehicles that are serviced are each unique in terms of levels of wear and different part combinations. This mix of variables can make every brake noise complaint unique and not conform to normal brake noise scenarios in some cases. This is transparent and of no interest to the customer who always has the expectation that the vehicle should have quiet brakes. “Just fix it” is the bottom line.

As stated before, the brake noise the customer is hearing is the product of the entire corner of the car. Vibrational forces from the friction coupling can excite the caliper assembly, rotor, attachment bracket and eventually the knuckle and attached suspension, and the wheel well echo chamber should not be forgotten, as well.

The technician must conduct root cause analysis and identify suspect component(s) for service or replacement with a system-level mindset.