Brake fluid is something that should always be changed when the brakes are relined or when replacing a caliper, wheel cylinder, brake line, hose or master cylinder. But what about at other times? Should brake fluid be replaced for preventive maintenance? Most brake experts say yes!

DOT 3 and DOT 4 brake fluid contains glycol ethers and other ethers, as well as various corrosion inhibitors and seal conditioners. When brake fluid is manufactured, it contains no moisture. But the fluid’s “hygroscopic” nature attracts water like a magnet. Open a bottle of brake fluid and let it sit overnight in a humid environment and the fluid will likely contain several percentage points of water by morning. That’s why you should never leave the container open (keep the lid tightly closed). That’s also why most fluid reservoirs on master cylinders are made of a translucent plastic so you can see the fluid level inside without having to open the cap.

DOT 4 brake fluid, which is used in many European cars and performance cars, trucks and SUVs, has a higher dry boiling point of 446º F. DOT 4 soaks up moisture at a slower rate than DOT 3, but suffers a greater drop in heat resistance as moisture builds up. Only 2% moisture in DOT 4 fluid can lower its boiling point by almost 50% or 200º!

After only a year of service, DOT 3 fluid may contain as much as 2% water in some vehicles. After 18 months, the level of contamination can be as high as 3%. And after several years of service, it’s not unusual to find brake fluid that has soaked up as much as 7-8% water. The problem tends to be worse in older vehicles where there is greater seal wear and porosity in the brake hoses. We’ve seen vehicles that are six, seven or eight years old, and have had their brakes relined once or twice, and have never even had the brake fluid changed!

Under normal driving conditions, neglected brake fluid may not pose a serious safety concern. The calipers on most cars and trucks won’t get hot enough in everyday driving to make the fluid boil. But under severe conditions (as when driving down a mountain or towing a heavy trailer), the brakes may get hot enough to make the fluid boil. Once brake fluid turns to vapor, the bubbles cause an increase in the distance the pedal must travel to apply the brakes. This is called “pedal fade” and it may result in brake failure.

This condition should not be confused with “brake fade” that occurs when the brake linings get too hot as a result of prolonged braking. Brake fade requires greater and greater pedal effort to stop the vehicle as fluid boil increases pedal travel and makes the pedal feel soft or mushy. If the pedal goes all the way to the floor, the driver is in serious trouble!

The danger of fluid boil is greatest in front-wheel-drive cars, heavy SUVs and trucks because the front brakes run hotter than those in most rear-wheel-drive cars under the same operating conditions.

Semi-metallic linings and steel or aluminum caliper pistons compound the heat problem by conducting heat from the rotors to the fluid inside the calipers. So if the brakes are running hot, chances are the fluid is also getting dangerously hot.

Braking generates a lot of heat. A quick stop from 40 or 50 mph can raise the temperature of the front rotors a couple hundred degrees. Several hard, quick stops in rapid succession or riding the brakes while driving down a steep hill or mountain can increase rotor temperatures to 600° F or higher! We’ve heard stories about accidents where the driver stepped on the brakes only to have the pedal go straight to the floor. When the brakes were later inspected by the police (even minutes after the accident), the brake pedal felt normal because the fluid had cooled down enough to stop boiling. Scary!

RECOMMENDED FLUID CHANGES
Though the owner’s manuals for most vehicles have no specific time or mileage recommendations for replacing brake fluid, recommending a change every two years as preventive maintenance is a good way to minimize the danger of fluid boil and internal corrosion in the brake system.

You can’t tell how contaminated brake fluid is just by looking at it. New fluid may be clear to amber-colored or dyed brown. The fluid will typically become darker as it ages, but this doesn’t necessarily mean it’s contaminated. If you see rust or sediment in the fluid, the fluid is long overdue for a change.

One way to “see” how much moisture is in the fluid is to use a brake refractometer. This is a precision optical instrument that uses the fluid’s “refractive index” to reveal its condition. Moisture alters the way the fluid bends light, making it easy to “see” the amount of contamination on a scale in the eyepiece. To check the fluid, all you do is put a couple drops of fluid from the master cylinder on the instrument’s prism, lower the sample cover and look through the eyepiece. The refractometer scale will be calibrated for DOT 3 or DOT 4 fluids.

Another way to check the condition of the fluid is with a brake fluid tester. There are several types available. Some measure the fluid’s electrical resistance to give a “good” or “bad” indication. Others actually boil a small sample of fluid to calculate the fluid’s approximate boiling temperature (the results may vary a few degrees between tests due to the calibration limitations of the instrument). One such equipment manufacturer says DOT 3 fluid should be replaced if the boiling temperature is 312º F or less, or 340º F for DOT 4 fluid. If you don’t know what type of fluid is in the system (DOT 3 or 4), replace it if the boiling temperature tests less than 329º F.

One supplier of brake fluid chemical test strips says its product measures the “virtual age” of the fluid according to the level of amines or reserve alkalinity (which indicates how much corrosion inhibitor is left), the level of thermal oxidation that has occurred in the fluid and the presence of metal oxidation catalysts in the fluid.

The virtual age of the fluid has nothing to do with its actual age or the mileage on the vehicle. The brake fluid in a one-year-old SUV with only 15,000 miles on the odometer may have aged as much as the fluid in a three- or four-year-old car with 30,000 to 40,000 miles on the odometer if the SUV has been subjected to harsh operating conditions, such as extreme heat and/or extreme humidity.

High brake temperatures accelerate the rate at which the corrosion inhibitors in brake fluid break down. As the fluid ages, oxidation eats away at metal surfaces, creating dissolved acids and sludge that are carried with the fluid as it surges back and forth with every application of the brakes. The contaminants are abrasive and increase seal, piston and bore wear in the calipers, wheel cylinders and master cylinder. They can also attack and damage ABS solenoid valves and cause these valves to jam and stick.

FLUSHING & BLEEDING
Though the fluid should be flushed when the brakes are relined or serviced, many shops skip this important step to save time or because they’re not convinced it’s necessary. Don’t make the same mistake. Many of these same shops have comebacks because of the old contaminated brake fluid that was left in the system.

Contaminated brake fluid contains rust and sediment, and offers no corrosion protection. Contaminants typically settle in the lowest part of the system, which are the calipers and wheel cylinders. Contaminants may also become trapped in the ABS modulator and valves. The result is often leaky seals and premature failure of newly installed components.

Flushing out all of the old fluid will not only remove moisture and solid contaminants, but also reduce or eliminate the need to bleed the individual brake circuits. You can use a power bleeder, vacuum siphon tool, an injector tool (that can do both pressure and vacuum bleeding and flushing) or even gravity bleeding to replace the old fluid. When using a vacuum bleeder, be sure to keep the master cylinder reservoir filled so air isn’t drawn into the system.

On some ABS-equipped vehicles, a scan tool may be required to cycle the ABS solenoids to remove trapped air from the ABS hydraulic modulator unit. Some modulators have special bleeder valves that can be opened to vent air. Others do not and require cycling of the solenoids to remove unwanted air.

Bleeding sequences vary depending on the application and technique. If you’re manually bleeding the brakes or using a vacuum bleeder, start with the brake farthest from the master cylinder. On front-wheel-drive vehicles where the brake circuits are paired diagonally, the right rear and left front circuits are typically bled first, followed by the left rear and right front circuits. Always refer to a service manual for the exact procedure, otherwise you may end up with air in a line and a soft brake pedal.

Avoid the temptation to bleed only the brake line that was opened up to replace a caliper, wheel cylinder or hose. Air can migrate backward through the line and enter the master cylinder or other half of the brake circuit. It’s better to bleed all the brakes, than to risk a comeback because of a soft pedal.

Note: Be careful not to splash brake fluid on painted surfaces because it may damage the paint. Warning: If any fluid other than brake fluid is accidentally added to the master cylinder reservoir (such as motor oil, power steering fluid, ATF, etc.), it will contaminate the entire brake system and ruin the seals. If the contaminated fluid cannot be removed immediately from the master cylinder, you may have to replace all of the seals or hydraulic components in the entire brake system (OUCH!).

Advertisement
In this article:Calipers and Hydraulics

Brakes: A Brake Pad Is Born

Brake Fluid Service
Connect with us 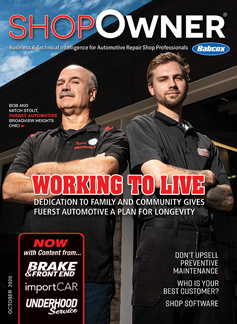 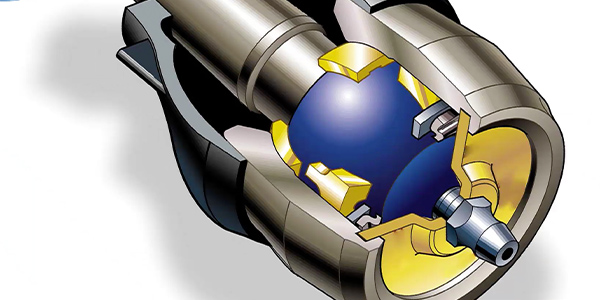