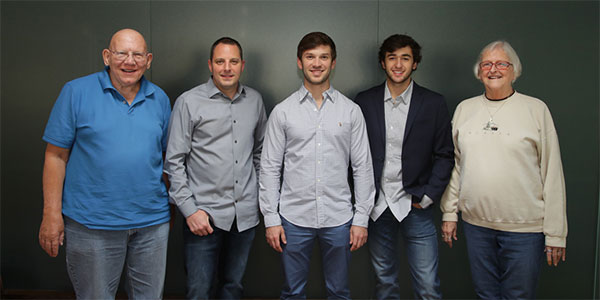 Anne Sakara of South Carolina and Amanda Saunders of New York were the lucky winners drawn from all qualifying sweepstakes entries to win the once-in-a-lifetime prize. 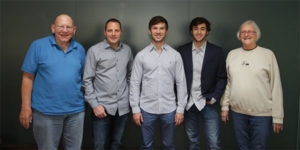 Anne and Robert Sakara with the NASCAR drivers.

Robert Bosch LLC, Automotive Aftermarket North America, ran its NASCAR Sprint Cup Series Champion’s Week Sweepstakes during the third quarter of 2016. Two grand-prize winners were selected at random to receive a VIP fan experience for themselves and a guest at the NASCAR Sprint Cup Series Champion’s Week event from Nov. 30 through Dec. 3, in Las Vegas. Anne Sakara of South Carolina and Amanda Saunders of New York were the lucky winners drawn from all qualifying sweepstakes entries to win the once-in-a-lifetime prize.

The experience began with a special kick-off event on Wednesday evening at which fans checked out the cars of the 16 Chase drivers and took advantage of photo opportunities with the NASCAR Sprint Cup Series trophy. The following day, Bosch sweepstakes winners attended the NASCAR NMPA Myers Brothers Awards Luncheon. Later, they joined other VIPs in a special viewing area to witness the spectacle of the NASCAR Victory Lap, to see the NASCAR Sprint Cup Series drivers take their cars for a ceremonial drive down the Las Vegas Strip. Afterward, they attended the fan-favorite driver tell-all event, NASCAR After the Lap.

“I was absolutely thrilled to be picked,” said Sakara. “Bosch and our host Jeff Owen did a tremendous job of taking care of every aspect of our trip. The wonderful view of the Las Vegas Strip from our Palms Hotel room and all the events we attended, they did everything they could to make our trip unforgettable. My husband and I completely and thoroughly enjoyed ourselves.”

As technical partners, Bosch and NASCAR work together to maximize vehicle performance on the track. The knowledge and insights gained from that partnership are then incorporated into the quality parts Bosch supplies for passenger vehicles of all makes and models.

Advertisement
In this article:Bosch, NASCAR