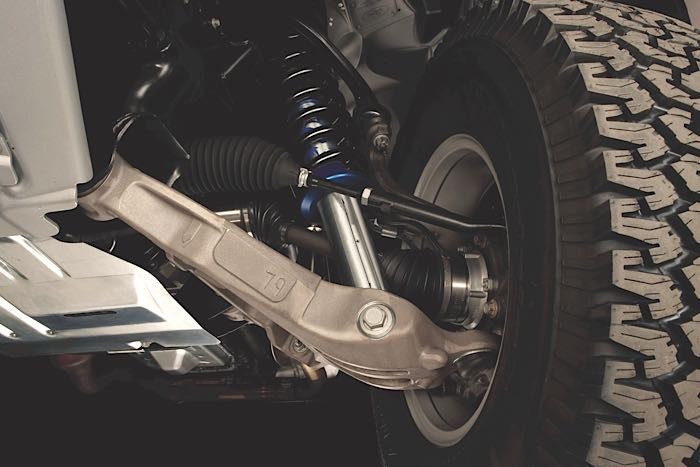 Starting in about 1997, many automakers began to use aluminum instead of cast iron for their disc brake calipers. Aluminum is 65% lighter than iron, and aluminum forgings and alloys can have the same structural strength as iron components. The automakers liked the weight reduction because it helped boost gas mileage. However, they did not count on the problem posed by galvanic corrosion

For galvanic corrosion to occur, three conditions must be present:

This type of corrosion often occurs between radiators, engine blocks and aluminum housings on water pumps.

In the case of aluminum disc brake calipers, galvanic corrosion occurs at the inlet and bleeder. At the inlet, you have the aluminum casting, the steel banjo bolt and hose block, and the copper washers used to seal the banjo bolt and hose block. The electrolyte is a mixture of sodium chloride (salt) and water. At the bleeder, you have the same situation between the aluminum casting and the steel bleeder screw.

In many cases, aluminum castings cannot be rebuilt because of the excessive pitting around the inlet. Technicians need to do a close inspection of the calipers coming off the vehicle to determine if the sealing surface around the inlet is pitted, resulting in a scrap (unrebuildable) core. If the core is scrap, no core credit will be forthcoming from the supplier of the replacement caliper. Additionally, technicians should inspect the castings on the replacement unit. If the rebuilder is not conscientious about inspecting the aluminum casting before shipping, he/she will end up with a hose block that will not seal upon installation on the vehicle.

All vehicles that use aluminum calipers will have the problem of galvanic corrosion. Some common vehicles to be aware of are:

Comments or questions? Visit our website at www.ucx.com or email us at [email protected].