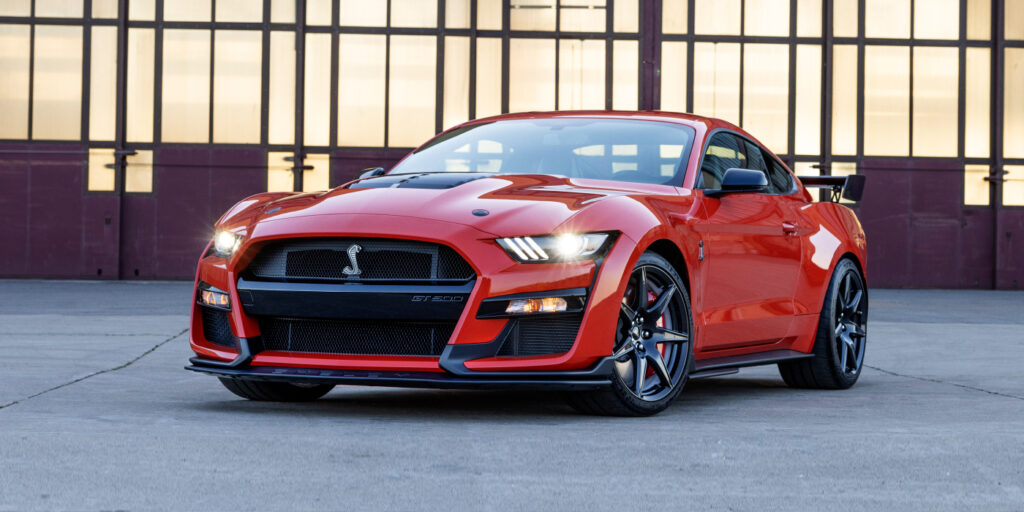 The sixth-generation Ford Mustang is the first to have an independent rear suspension. In addition, the front suspension was redesigned. Aligning this Mustang is not that much different from some of Ford’s other products, but you do have additional steps that involve the electric power steering and inspecting the camera and radar systems. Alignment Specs – Gen VI Mustang

The front suspension uses a MacPherson strut and two lower control links. The camber is adjustable by installing cam bolts in the upper strut bolt hole. This should allow for plus or minus 1.75 degrees of camber adjustment.

Caster is not adjustable. If you see the caster is out of alignment, it could be a sign of damage to the subframe or control arms.

As the first generation of Mustangs with an independent rear suspension, the design is complex with four elements attaching the rear knuckle to the body and other links. The suspension includes what Ford calls an integral link that attaches to the lower trailing arm and the knuckle. The link is designed to hold the knuckle upright when power is applied.

The rear toe is adjustable with a link under the lower trailing arm. The eccentric is on the outboard side of the link. Camber is adjusted using an eccentric on the upper control link. If the customer has lowered his or her Mustang, there are aftermarket adjustable links that can correct up to three degrees of negative camber and two degrees of positive camber.

The Mustang uses electric power steering. The system uses an electric motor coupled to the steering rack by a toothed belt. The steering angle is computed with position sensors on the motor, angle sensor on the column, and data from the ABS module.

The PSCM uses a temperature sensor to monitor the internal temperature of the EPAS gear. This DTC appearing by itself does not indicate a fault condition in the steering system. If the system detects higher than normal temperatures, codes will be set in the EPAS module and ABS module, in some cases.

When performing a toe adjustment in the front, check the data for the steering angle sensor. It should be at zero degrees. If not, a calibration procedure needs to be performed.

The 2015 Ford Mustang can be equipped with automatic braking and adaptive cruise control. The system uses a camera and radar mounted behind the grill. If the messages “Front Sensor Not Aligned” or “Adaptive Cruise Not Available” are displayed in the instrument cluster, you need to perform the calibration procedure.

First, inspect the radar sensor at the front of the Mustang, behind the bumper cover on the left side. Inspect around the bumper cover for evidence of a collision. If the sensor is not damaged, clear the codes. The calibration process requires only a test drive in a target-rich environment. Once the system has detected 250 targets it will turn off the warning message in the instrument cluster. This procedure must be performed in one key cycle. If the messages do not turn off during the test drive, check for codes.